Dr. Bryen Bell has some DREAMs for you

Dr. Bryen Bell has some DREAMs for you 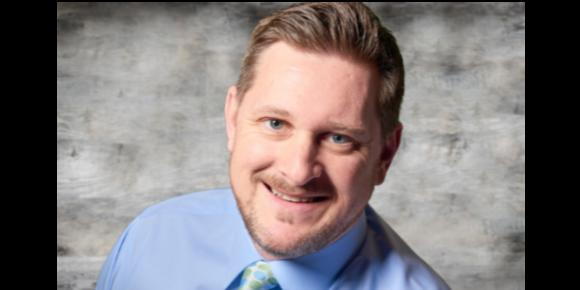 At the age of 20, Bryen Bell experienced a life-changing event. While competing in collegiate rugby, Dr. Bell broke his neck. He was told by a neurologist that he would have to live with an "incurable neurological condition."

While he could no longer play rugby, Bell tried to ignore the symptoms and carry on with his normal life activities. "While I was devastated that I couldn't play rugby or contact sports anymore – as a young person, as young people do – I felt I could push through it and just get on with life. I figured that if I kept going to a trainer, kept exercising, tried to eat better, got a better bed, and other outside influences like that, I would be fine," Bell explains. He didn't yet realize that his injury was a problem that needed healing from the inside out.

Cascading from the initial injury, Bell's health continued to decline despite all his "healthy" lifestyle choices. After living for almost two years with pain, numbness, dizziness, nausea, and a depleted immune system, Bell was fed up. His father recommended a chiropractor. "I didn't even know what a chiropractor was at the time, but the experience changed my life," Bell recalls. Not only did he begin to see improvement in his own condition, but he also discovered his true calling.

“From that point on, I wanted to help other people out of the fog of living with “incurable” pain and sickness, like I had been helped,” says Bell. Bell’s personal philosophy is that healthcare is mislabeled. “The way we approach healthcare in this country is really ‘sickcare,’” he explains. While everyone should have a ‘sickcare’ doctor, they should also have a ‘healthcare’ doctor. The healthcare doctor transitions a patient from needing a sick doctor to moving forward with a focus on their health through the lens of an active lifestyle. One as free as possible from pain and disease.”

With a mission to provide healthcare in the real sense of the word, Bell pursued his Doctor of Chiropractic, eventually establishing his clinic, BAC to Health Chiropractic in Beverly Hills. At
BAC to Health, Bell's reputation for transformative healthcare snowballed. His philosophy of DREAMS (diet, rest, exercise, alignment, mindset, and stress-management), combined with his track record of treatment success, attracted patients from all walks of life. He has been feature on Fine Living, the Style Network, and the TLC Cable Network, and has been recognized as one of the nation's top wellness specialists.

At BAC he provided healthcare to Hollywood's elite, including top celebrities and pro athletes. Still, he remained humble, enduring himself to everyone he has the opportunity to treat. "We all deserve the same kind of healthcare. That has been something I feel has been important to my success connecting with people - treating everyone with respect and care they deserve," says Bell. One thing the Hollywood attitude did teach him was to deliver. "Celebs and pro-athletes want results "yesterday," and that is something I've taken away in my practice today – getting the most effective and efficient results."

After relocating to the Portland area in 2013, Bell and his wife, Dr. Alithea Corter, opened their state-of-the-art clinic, True Potential Chiropractic, in Beaverton. Bell had his undergraduate degree from the University of Portland and had always wanted to return to the lifestyle of the Pacific Northwest.

Today he spreads his message of DREAMS and a healthy spine and nervous system through one-on-one treatment plans, public speaking events, and hands-on workshops. He is the team doctor for Beaverton Men’s Lacrosse. He treats top athletes on teams ranging from Oregon State University, Stanford, Arizona State, and the XFL to professional dancers, pro-MMA fighters, and NFL draft nominees.

“Healthy people have many wishes, sick people have only one,” Bell likes to remind patients. “You shouldn’t have to go bankrupt getting your wishes – your DREAMS – back on track. Proper healthcare gives you the tools to take your health back into your control and live your life to your true potential.”